or 6 weekly interest-free payments from £5.83 with 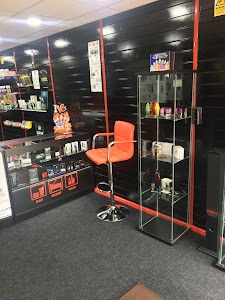 Paul
5 out of 5 stars
a week ago
Great mod delivered today, Really low price and delivery was 1 working day from order 5 ⭐ great job!

The Brunhilde is a German designed RTA with some serious performance.

The coils sit at the top of the unit using a secure and well thought out build deck. The airflow is all located at the top of the device and is designed to wrap around the coils fully to produce the best vapor and flavor.

The Brunhilde uses German made stainless steel to wick the liquid from the tank up to the cotton, a design that has proven popular in some parts of Europe but not common in the UK market, making the Brunhilde  a true stand out head turning RTA.

The tank can be filled easily from the side fill hole and thanks to the top airflow, has a very small chance of unexpected leaking. The Tank is a 8ml capacity with a easy to remove silicone plug installed bring it to the 2ml TPD limit.

The Brunhilde is a unique RTA with a striking appearance and fantastic performance that will stand out among the crowd.

There are no reviews yet.

Be the first to review “Vapefly Brunhild RTA” Cancel reply